Halloween is just around the corner, so it's time to take the plunge into the horror and suspense thriller. Most recently, "Halloween Kills" premiered in cinemas, which is a sequel to the 1978 cult slasher. As it seems to us, rather little attention is being paid to John Carpenter's influence on the whole film industry today, so today we will not only tell you about the cult horror and thriller films, but also try to explore the directorial style and tricks of the master of the apocalypse.

What makes Carpenter's films so scary?

There's very little information online about how Carpenter directs his films, and the director himself isn't used to analysing his work in interviews etc., which can make his films seem superficial. Moreover, we have met people who refer to his films as cheap B-movies. But Carpenter is not a director who prioritizes his style with pathos and overt narrative devices - on the contrary, his style is not excessive, it contains many simple yet effective tricks. Carpenter, along with his colleagues David Cronenberg and George Romero, popularised the so-called "siege structure" of horror.

Carpenter places the heroes in a limited space surrounded by a hostile and dangerous environment for the heroes. In this space, the number of sources of danger increases by the minute. For example, in one of his first works, "Assault on Precinct 13", the whole city acts as a source of danger. However, as in any film with dangerous circumstances, the characters need a place where they can take a break and feel safe. So Carpenter breaks down this cliché in his legendary film "The Thing", where the heroes have nowhere to run as there is deadly frost all around them, and an unknown being that can take any form has infiltrated the base. You have to agree, that's how the movie already sounds very scary in words. So a creature that is impossible to escape and hide from is the main horror element of Carpenter's films.

However, it's not fair to say that in "The Thing" he used it for the first time. Michael Myers from "Halloween" 1978 is also symbolises fear and death from which it is impossible to escape. Carpenter has given him the property of remaining unnoticed in the light of day: the killer stands unnaturally in the middle of the street, watching his victim while no one notices him. Even ordinariness and normality are dangerous in Carpenter's filmography.

In general, Carpenter took a lot from Howard Hawks. Actually Carpenter's "The thing" is a remake of Howks' "The Thing from Another World" (1951), but he made it more brutal and uncompromising. Whereas Howks leaves the audience with the hope of defeating the creature, Carpenter puts the characters in even more extreme conditions. In 1982's "The Thing", the characters are disconnected and almost immediately doomed. Also in Hawkes' film, the monster has a certain form, namely he looks and acts like a human, but Carpenter purposely makes his monster formless and changeable. Anyone can be "The Thing" and we never see the original image of the monster.

Subsequently, "The Thing" was not a commercial success. John Carpenter later regretted his commitment to bad endings more than once, because mass audiences don't want to watch movies that make them think bad things or feel strongly about a scary outcome. The director suggests that if his films had an open ending or at least a hint of a happy ending, they would be more successful.

Thus it is the experience of interacting with the film that counts, not how artfully or exquisitely Carpenter tells the story. What matters is that we are scared. So the director's toolkit is simple, but extremely effective. For example, Carpenter often resorts to using wide-angle optics, but not to distort the space, but to reveal as much of it as possible. Such shots deceive the viewer by making it appear as if we own the setting and see more than the protagonist, but this is nothing more than a director's trick.

In addition, John Carpenter is one of the first directors to use stadicam to shoot dynamic scenes that fit very well into the horror genre.

At the time of its release "The Thing" had the best special effects in the genre, to realize all of Carpenter's crazy ideas Rob Bottin, who had already worked with Carpenter on The Fog in 1980, was brought in to the project. Bottin had also worked on special effects for "Star Wars. Episode IV: A New Hope" (1977) and "King Kong" (1976). Bottin and Carpenter formed the perfect tandem and developed the basic idea of what the monster would look like. Before Bottin came on the project, all of the team's developments were suspiciously close to Ridley Scott's  "Alien".

For example, the scene at the beginning of the film when the rescued dog is brought into the barrier with the others. Two dog puppets and an animatronic, controlled by up to 17 people depending on the task, were used to carry out this creepy transformation.

Carpenter's films are devoid of music. The viewer remains immersed in an atmosphere of tension and fear. Carpenter knows how to work with music, because he himself was the composer for most of his films. For example, the legendary "Halloween" soundtrack, which was written by the director himself and is evident from the very first seconds of the composition.

Carpenter does, however, also have iconic collaborations, such as with Ennio Morricone on "The Thing". Regardless of whose name is on the credits, Carpenter has always been involved in the creation of the soundtrack, which is why each of his films feels so special, the sound acting on our subconscious and making us fearful.

Carpenter made some really scary movies, but for some reason they are very appealing. In all this chamberiness, dystopia, brutality and uncompromisingness, there's a unique '70s and '80s style that you sometimes want to immerse yourself in. Now, on the eve of Halloween is the best time for this. Our team has put together three must-see Carpenter movies for you to see on October 31st:

We're very interested in what your favorite horror movies are, don't limit yourself and share your choices with us. There's still a whole week left and our team is starved for scary atmospheres. We hope for your feedback. 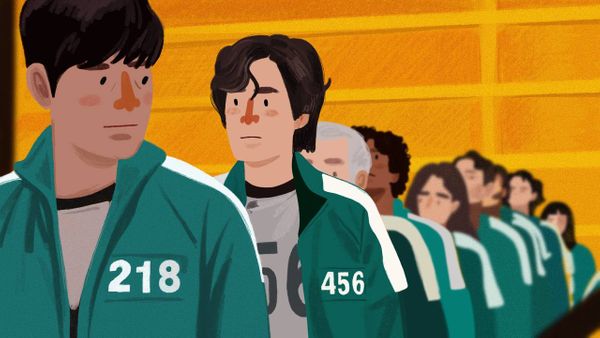 Yes, yes, yes we've all just started to move on from the worldwide hit The "Squid Game", but that doesn't make the phenomenon of its popularity any less interesting. Today, we want to reflect on exactly why The "Squid Game" has become Netflix's most popular series. 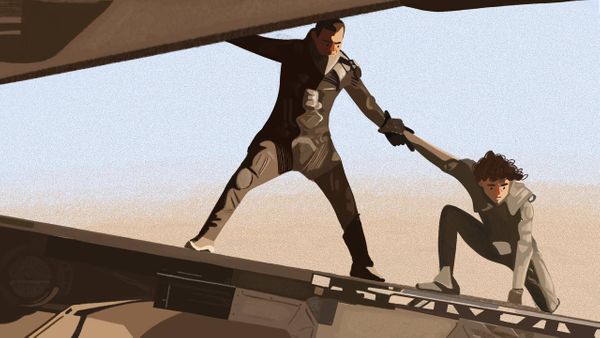 The long-awaited adaptation of Frank Herbert's legendary novel "Dune" is raging in cinemas. The director, Denis Villeneuve, is one of the best authors of the 21st century and today we will try to find out why.