Many people forget that behind the production of the film is not just the director, but the whole team, which implements all the ideas and techniques. One of the underappreciated roles in filmmaking is that of cameraman. It is through the eyes of the cameraman that we see the film, it is the cameraman who works with light and color in the frame, he is responsible for the composition of the frame and how the film will look. So today we continue to tell you about some of the most influential and best cameramen in cinema, including the Dutch-Swedish cinematographer Hoyte Van Hoytema. He has worked alongside Christopher Nolan, Sam Mendes, Spike Jonze and David O. Russell. Today we will be analysing the philosophy and cinematography techniques of Hoyte Van Hoytema.

He puts his main effort into upholding his basic principle: movies should look as realistic as possible. Therefore, his cinematography is built on an intensified naturalism of the image. So he is willing to go to any lengths to capture everything on camera, without the use of special effects. According to him CGI and VFX are not convincing enough, especially for films shot on film. When working on Ad Astra, for example, Van Hoytema searched until the very last minute to capture everything as naturally as possible without using any graphics. In order to do so, he had to come up with different designs and lighting schemes to simulate space.

To achieve and maintain a unique image, quality and texture, Hoyte Van Hoytema shot some scenes simultaneously on classic 35mm cameras and on digital cameras to combine both images into one. As a result, the characteristics of the film and digital images create an unorthodox and very pleasing visual style to the film.

A significant part of Hoyte Van Hoytem's philosophy is that he does not believe that post-production can recreate the true immersion and naturalism of film. That's why he and his fellow director Christopher Nolan spend an enormous amount of time in preparation: engineering, setting up mechanisms, set design and preparation. So the pre-production is almost more important than post-production.

Working with light is very important for every filmmaker, because light is what gives an image its depth and dimension. In this respect, Van Hoytema most often uses natural light, either daylight or artificial light that is part of the frame.

For example, if you look at some of the footage from The Fighter by David O. Russell, you can see that both characters have one side of their faces in the light that comes from the window, while the other side is just in shadow.

This shows that Hoyte Van Hoytema does not use complex lighting schemes - on the contrary, he is willing to use only one light source (sunlight or a lamp in the frame) to recreate the most natural effect, to saturate the frame with life and make us believe that the film is real. That's how he ingeniously managed to simulate the effect of a spontaneous documentary shot in The Fighter, which is ultimately the highlight of the film.

In many ways, Van Hoytema is a very functional operator and willing to work with many styles and tweaks. So he has managed to prove himself in both the big-budget James Bond film and the Spike Jonze auteur-drama. It's clear that the visual styles in these films are very different. In Spectre the camerawork is minimalist, with lots of long shots and static academic shots. In Her, on the other hand, the camerawork is very loose: a lot of handheld camera work that brings us closer to the protagonist and makes us empathise more.

In fact, the handheld documentary camera is one of the Van Hoytema's calling card. In The Fighter he perfectly used this technique to capture the story based on real characters. This is how he made his name of the master who captures very sensual and emotion-filled shots. Nevetheless, his talent was particularly evident in his work with Christopher Nolan, who brilliantly managed to capture epic shots but in which the human takes the lead role.

This is how immersion and empathy are born: shots of Nolan's films look epic and sweeping, but also very emotional due to the documentary camera, the slow-moving camera technique and the unusual immersive angles.

Hoyte Van Hoytema is definitely one of those masters who create the beauty of cinema and who inspire a lot of people to strive for this industry. His style is minimalist and therefore unbelievably beautiful: he skillfully combines techniques from static to movement; he improvises unconventionally and works with natural light; he shoots big-budget projects using the technique of the documentary camera. Sometimes it is difficult to simply categorise a person's work and Hoyte Van Hoytem's is one of them. In the end, it doesn't matter how many smart words are said about the films he makes - as long as he keeps making and making us happy with his beautiful pictures. 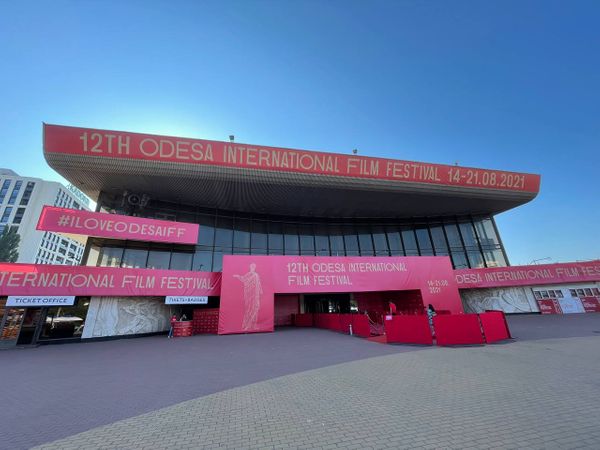 Sharing our impressions of the Odessa International Film Festival 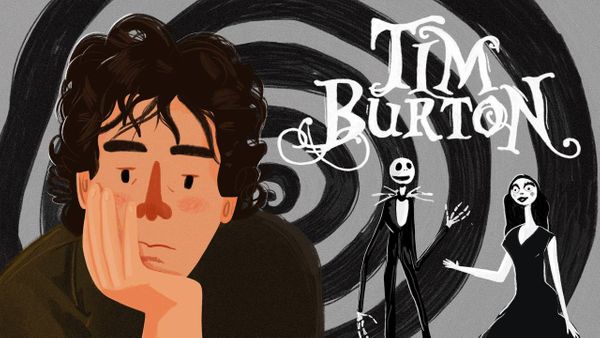 His style cannot be described in two sentences, but it is recognizable from the very first frame of the film. So what's so special about Tim Burton's directing style and how has he managed to find himself through film?