For a long time now we have been waiting for the theatrical release of the most anticipated science fiction movie:  "Dune" by Denis Villeneuve. Nevertheless, few people watched the 1984 film adaptation, directed by David Lynch, and even more people are not familiar with the production hell that Alejandro Jodorowsky has faced. The fact is that Alejandro Jodorowsky was one of the first who decided to shot an adaptation of the classic sci-fi novel "Dune" by Frank Herbert. One of the most important literature creations was designed to become a movie and Jodorowsky accepted the challenge. Today we are talking about the great movie which doesn't exist and which dramatically affected the industry of moviemaking. (Cover art by @nadi_bulochka).

Native Chilean, French citizen, a filmmaker in the genre of surrealism. Only by single shots from his movies, you would realize what does it mean to make surrealism on the screen. In many ways, Salvador Dalí was the main reference point for the director: Jodorowsky expressed the unconscious, so his films can be interpreted in many ways, including contradictory ones. Overall he is a clear representation of vanguard art.

And it seems to me that even after this brief introduction, it becomes clear that Jodorowsky does not seem to be the obvious director for shooting science fiction. There is the fact that George Lucas and Ridley Scott were quite far from making "Star Wars" and "Alien". At the time, "2001: A Space Odyssey" by Stanley Kubrick remained the main reference point. And Jodorowsky was the first one attempting to gain Kubrick's level and the first one creating the "Dune" adaptation in a specific way.

Having decided to create such an ambitious film, and believe "Dune" is a very ambitious project, you will need a lot of time and resources to gather the crew, prepare a script, and so on. Unfortunately, in the 70s, technological advances could not ensure the existence of platforms like Filmustage that could help plan filming, cast and props - everything was made manually, there were no options. Go ahead and give it a try with free signup.

First of all, expressing a desire to film "Dune", Jodorowsky did not even read the novel itself. Jodorovsky and the producer managed to get the rights to the film adaptation: Hollywood gave it for almost free. From the one side, he was full of the desire to dissect and rethink the novel in his own way. From the other, the novel itself was considered as a Bible of science fiction: Frank Herbert has created a universe without any borders. Jodorowsky himself claimed that it is really hard to create the image of this universe while reading - the book is too complex and full of its unique lore. That's why he decided to change some origins from the original book so the whole script had to be prepared carefully. Michel Seydoux - the executive producer of Jodorowsky's "Dune" - rented an entire castle in France so that the director could devote himself entirely to the script. Jodorowsky has finally read the "Dune".

It was completely logical to hire a visual effects master who worked on the "2001: A Space Odyssey".

There may be a lot of speculation about how overrated or misunderstood this film is, but one thing remains for sure - it's an audio-visual masterpiece. Stanley Kubrick and Arthur C. Clarke depicted space in a way that no one else had done before; and these super realistic effects were made by Douglas Trumbull, who was a very respected person in the industry. So Alejandro Jodorowsky wanted him to make special effects, and Jodorowsky has even flown to Los Angeles to meet him. But their relationship did not get along and no cooperation happened. The problem was solved by itself: on another evening in LA, Jodorowsky went to a night film session of the "Dark Star" by John Carpenter where our protagonist found a perfect special effect master.  This is the story of how Dan O'Bannon, who will subsequently work on the set of "Alien" by Ridley Scott, joined the Jodorowsky's team, which he himself called "spiritual warriors". In fact, this says a lot about the director: Jodorowsky was not chasing achievements - he needed personalities.

The problem with this film is that the ambitions of  Jodorowsky's "Dune"  outweigh the ability of most studios to cover production costs: it's not just a movie, it is a true space opera, it is too big, too ambitious. And everyone in the crew was aware of this fact, moreover, they were inspired by the idea of creating something great. That is why Jodorowsky brought in a comic book artist Jead Giraud and sat down for months to storyboard the entire movie, every scene, every camera movement, every dialogue. Giraud represented the camera and depicted every word of Jodorowsky: together they prepared 3000 pictures. They literally "shot" the entire movie together. The storyboard was framed in a large book with all the details about the costumes and shooting methods - and already in this form the book was sent to each studio. The level of obsession with Jodorowsky can only compete with the level of his responsibility.

"...I wanted a musical group for every planet..." - said  Alejandro Jodorowsky.

So one of the major choices was an album from Pink Floyd named "The dark side of the moon". To make this possible the director needed to travel again: this time he went to a personal meeting in London and made them agreed to record a whole album of unique music for the "Dune". Then, following Pink Floyd, a popular group of Magma joined the project.

To embody his characters, the director went even further in his obsession: he put his own son in the main role and made him take a 12-month course of physical training, and also invited Salvador Dalí, Orson Welles and Mick Jagger to play supporting roles.

For example, Salvador Dalí was supposed to receive $ 100,000 for every minute he was in the picture; and Orson Welles was told that the best chef in Paris would be hired with him so that he could eat deliciously every day (Welles was a huge food lover). All these people represent very colorful images, so it is difficult to imagine how Jodorowsky was going to combine them in one film.

Speaking about the design, it is worth to mentioning that in the understanding of the director every faction, every attribute of the "Dune" universe must be unique. With this ambition Jodorowsky found Hans Giger.

It is impossible not to recognize this style. We now know Giger as the mastermind behind Ridley Scott when creating "Alien". So namely the concepts that Giger made for Jodorowski's "Dune" that had an impact on the entire cinematic universe of Scott. Lines, shapes, everything were used to make an alien terrifying.

"The greatest movie never made"

Looking the truth in the face, it is difficult to imagine that such a film could be financed by any studio: after all, the film was supposed to last 15-20 hours. Alejandro Jodorowsky counted on a budget of $15 million and they almost collected the required amount of money, but Hollywood in the 70s(as is now) was afraid of too ambitious directors, because it is hard to control them; Jodorowsky was not a regular director - first of all, he is famous for his surrealistic controversial style which is not designed for a regular viewer. So all Hollywood studios complained about the choice of director. Another compromise was to cut film for cinemas. The outcome is known to all, because the film was never shot, bogged down in the abyss of bureaucracy and business. Perhaps it was and remains one of the most daring, striking and controversial films.

From the one side, it seems that they made a great job on overall pre-production, i.e. script, storyboard, art concepts, etc. This is definitely a passion and love for cinema as an art. And if you don't believe me, I highly recommend you to watch a documentary named "Jodorowsky's Dune" where this story is told by the participants themselves - all the comments of Jodorowsky's crew make me regret that this movie unlikely to be shot. On the other side, I don't believe such an opera could be filmed within the borders of $15 million. It's just too massive. The potential of the film was great, but the chances of going over budget were at the same level. Nowadays it is much more simple to calculate literally everything you need on the set: for example our platform Filmustage, which uses A.I. to help you schedule your shooting in a blink of an eye.

Ultimately, the Hollywood bosses found a director who met their demands and compromised. George Lucas compromised and used some of the ideas of Jodorowsky to create his own universe because the storyboard of the "Dune" went from hand to hand in Hollywood. And who knows what would have happened to the "Star Wars" franchise if not for the ghostly impact of Jodorowsky's "Dune" on pop culture.

So this concludes our story. Thank you for being with us today. Have a great day, have a great movie this evening. Don't forget to subscribe and make your pre-production routine easier with Filmustage - automatic script breakdown. Peace and see ya next week! 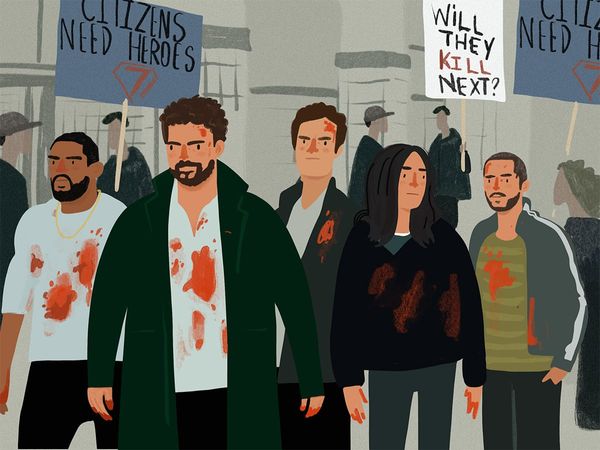 Stylish, funny, and violent. Consider the impact of "The Boys" on criticism of modern culture. 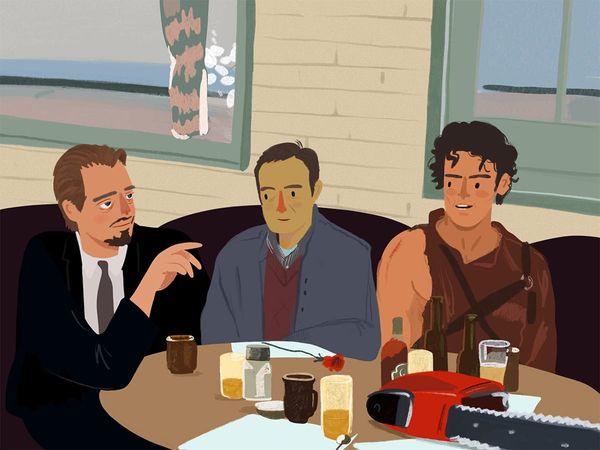 This blog is a list of 10 films that have revealed the names of the now-known directors to the world. This is not a rating: every movie on our list is equally worthy of your attention. Here we go.