Kevin Smith is one of those directors who makes movies for himself. He puts all his personality and creativity into making movies that he himself would be happy to watch. That's probably why his films seem so vital and natural. But Smith is also special because his films have a kind of magical absurd humor. That's what we think draws a lot of people to his work. At Filmustage, we love Kevin Smith's films, so today our blog is about his directorial traits and techniques.

Smith was born in New Jersey, and that is not an empty fact, for it will be the setting for almost all of his films. If New Jersey doesn't appear in the film, it is mentioned in the film in one way or another. Since childhood, Smith was fascinated by pop culture: movies, comics and, of course, cinema. A special impression on Smith was made by Richard Linklater's "Slacker", after watching it he decided once and for all that he wanted to dedicate himself to directing. So in 1992 Kevin Smith successfully enrolled in film school in Vancouver, where he was expelled after only 4 months. But this experience was not a waste of time, because at this school Smith met his future collaborators in filmmaking: producer - Scott Mosier and cinematographer - David Klein. Together they made the director's first film, "Clerks.".

"Clerks." is the first and most important film of the director's career, because already in it the main features of Kevin Smith's directing style are clear. We should start again from afar: it is important to note that until the 1990s it would have been impossible to create something like "Clerks." because no studio would have dared to buy out an auteur film so boldly. However, in 1991, with the release of "Reservoir Dogs", there was an explosion and the movie industry changed forever, revealing the name of Quentin Tarantino to the world. Tarantino showed all the young enthusiasts that you can make movies as you want - and it's cool! In addition, "Reservoir Dogs" proved that the film can be made on a very limited budget.

So Kevin Smith was struck by the audacity of Tarantino's debut film and decided to make his own film. The story was based on the director's personal experience of working in a supermarket. The film premiered in 1994 at the Sundance Film Festival, where it was noticed by the people behind the Miramax film company and they immediately bought the rights to destribute it. Notably, Miramax was also involved in the distribution of Quentin Tarantino's early films. Here's the plot of the "Clerks.": the film's protagonist is forced to go to work on his day off...And that's it! It may seem like nothing happens in the film, but in fact, the whole point and coolness of the film is hidden in the dialogue and character interactions.

As Kevin Smith himself says, he made a movie about his world, which means all the dialogue is steeped in pop culture arguments ("Star Wars", "Lord of the Rings", Marvel comics, etc.). And Smith manages to compose very lively characters, so we, as viewers, have no doubt that this is how geeks talk. In this combination of pop culture and really natural dialogue, Smith is seemed as a genius comedian: the film is now and then diluted with visual punchlines, and the dialogues teem with "f-words". "Clerks." is a sincere declaration of love for pop culture and freedom. This film, even before "The Big Bang Theory" dared to show geeks as interesting people and thereby criticise stereotypes about them.

In general, it can be said that Smith's films are only for fans, because there is almost no action in them - there is only dialogues. In addition, these dialogues are filled with black humor and references to movies and comic books. Think of his movies as a gift from a fan to a fan. "Clerks." is a great buddy movie that unfolds in a compressed store space, which is perfectly rendered visually: either because of the small budget or it was done intentionally, but everything was shot on black and white film and a lens of about 50 mm, which can only capture a limited space. If you want to know more about how lenses can be used as an artist's lens, we have a separate article for you - Lenses as an artists instrument.

View Askewniverse is a cinematic universe created by Kevin Smith in which the plot of the director's main films unfolds: "Clerks.", "Clerks 2", "Mallrats", etc. However, two already iconic characters, Jay and Silent Bob (played by Kevin Smith himself), are key elements of this film universe. If these two characters appear in the movie, it is definitely part of the View Askewniverse. A hallmark of Smith's film universe is that the characters in one film don't know the characters in the other. This allows Smith to make references to himself and make comedy out of it, as in "Jay and Silent Bob Strike Back" where the characters want to prevent a comic book adaptation of themselves. In fact, "View Askewniverse" is not only the name of the movie universe, but also a fictional place in the state of New Jersey.

Through a single universe, Kevin Smith has created his own unique and funny world, in which he probably wants to exist himself, since he has created a screen alter ego - Silent Bob.

All the characters in Kevin Smith's films are young guys and girls. They are well-educated, but unemployed. They think they are smarter than others, but they can never solve their adult problems. In short, they are grown-up kids who want to appear mature. That is why they get into funny and absurd situations. For example, Jay and Silent Bob always get into absurd and stupid situations because Jay has no filter between his brain and his mouth: he says what he thinks.

Now Kevin Smith is actively working on "Clerks 3" and we look forward to the return of our favorite characters, because Smith is an amazing director who has managed to bring his dream to life. Yes, his films may seem dumb to some, but let his cult director status speak for itself. We think he's a gifted comedian and director, and that he's made great comedies of his time. Movies can be anything, so give Kevin Smith a chance. 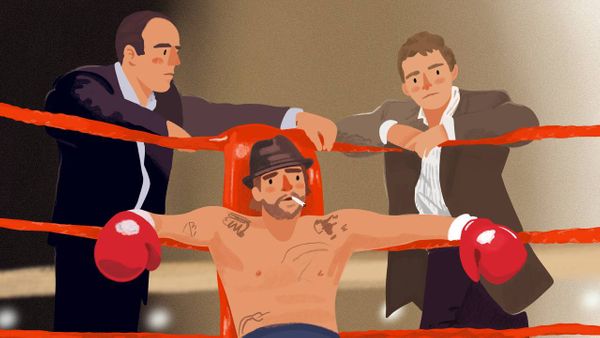 This director's style is instantly recognizable. He's commonly referred to as the British Tarantino and his crime stories are funnier than any comedy. Let's break down what's remarkable about his style and why he's just a rockerroller. 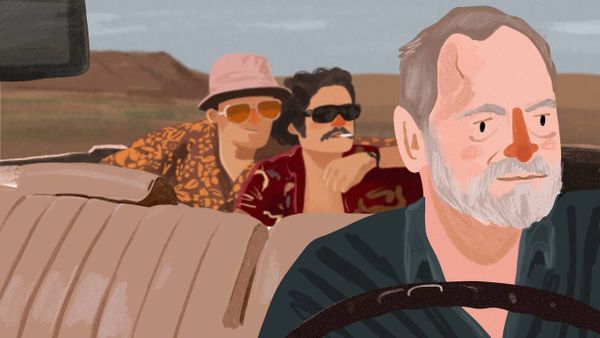