We are all used to talking about famous names in the industry, we are used to talking in the directorial style of Tarantino, Nolan and Fincher. We also do not forget to talk about the people who are behind the brilliant shots of masters. However, filmmaking is not limited to humans. Cinema is a unique art where a person works closely with equipment. And all the beauty of shots, for example, of Emmanuel Lubezki, would not have been possible without something that could capture it. Have you ever wondered how important the choice of a particular lens is? I bet it is rare. But the truth is, the lens sits between reality and the artist's eye, making movie magic possible.

Not just a glass

Simply saying, a lens consists of a group of glasses. The number of glasses and their position inside the lens directly affects how the shot looks. The amount of space that a lens can capture is expressed in focal length which is described in millimeters. That is simple: the less the focal length, the wider the angle of view. So that means 20, 16, 10 lenses are considered as a wide angled, allowing artists to capture the most of beauty.

The correct use of different focal lengths is fundamental to creating the atmosphere and mood of a scene. Let's take a look at the work of Roger Deakins in the film "No country for old men".

R. Deakins uses wide angled optics to introduce the place of action of the whole movie. He takes the most of these shots showing almost lifeless landscapes of the West Texas, which is the point: to survive in impossible conditions. But nevertheless, those shots without some sort of high-inellectual meaning are just cool. After all, beauty is the first impression, then it comes to meanings.

But the use of wide-angle lenses for capturing landscapes is more or less clear. What if you get close to an object and use it? What happens to an actor if you shoot a close-up using a 16 or 12mm lens? The first example came to the mind is the work of cinematographer Christopher Doyle on "Fallen Angels". The use of wide-angle optics in this film is difficult to overestimate, because it is used there literally in every frame.

Christopher Doyle has achieved a distortion effect. The faces and geometry of the environment seem to be stretched out. Even without watching the films, you can feel that each of the characters is in vacuum and while watching, loneliness and isolation will be added to this. The philosophy of using a wide angle in this film is to show that the characters are unnecessary to the rest of the world. The ability to show everything is contrasted with isolation.

Another example of use of wide angled lenses is performed by cinematographer Emmanuel Lubezki. Since he mastered the art of shooting with wide-angle lenses, Lubezki has used it in every film he worked on: "Birdman", "The Revenant", "Children of men", "Song to song"...In "The Revenant", this technique is used to show the incredible insignificance of man in front of nature. Also Lubezki combines wide angle with other techniques such as handheld camera and long shots. He captures the landscape, the fight, the chase and the portrait using one lens which makes his cinematography very immersive and documentary beautiful.

Wide angles are beautiful and hypnotizing, but cinema does not end with just such lenses, there are a bunch of different focal lenghts such as 35mm, 50mm, 80mm, 100mm, 200...etc. Those focal lenghts I've mentioned are diveded into two groups: standart and telephoto lenses. To understand the importance of such separation to the moviemaking let's go back to the examples.

"The Godfather" by Francis Ford Coppola was primarly shot on 40mm lens. And I would say that the choice of the standart focal lenght did had a huge impact on how we interprate and feel the story. "The Godfather" shots are objective, the film seems to be like a biopic. The image is so realistic, because standart lences produce a picture as close as possible to what the human eye sees. That's why there is no clues to interprate the image, everything we see is like a fact.

Telephoto lenses allow you to capture an object at a distance. Yeah, that's cool, but remeber: more focal lenght - less field of view. And Alfred Hitchcock in his film "Rear Window" skillfully used all the advantages and disadvantages of telephoto lenses. In the film, a man watches the windows of the house opposite, which makes us consider him as a hunter. We might feel nervous. But then the man accidentally witnesses the murder and we, together with the hero, cannot see all the details, because the angle of view of the telephoto lenses is limited. In this way, telephoto lenses help build the suspense in the film.

Where is the zoom? We wanna zoom like a Tarantino!

Here is the thing, most of the cinematographers use prime lenses, which means lenses with the fixed focal lenght. 50mm is 50mm, it can't be 25mm. If you need 25mm, you remove 50mm and put 25mm that's it. On the one hand, prime lenses are so popular because they are just better quality. Focusing on one focal lenght makes it easier to manufacture a top-notch glass. On the other, zoom lenses has become so popular because they give cinematographers more flexibility on set. So let's figure out how artists could use abilities of zoom lenses to produce movies.

Many people are mistaken in claiming that any zoom in or out of the camera is an actual zoom made with the help of lens. There are three types of zooming in the moviemaking:
1. Physical zoom - the zoom achieved by physically moving the camera on camera dolly;

3. Optical zoom - the zoom by lense itself;

And because my article is dedicated to the topic "how lenses perform as an artist instrument", I'll focus on only optical zoom.

When talking about optical zoom it all comes down to its intensity. It can be, for example, a crazy snap zoom. Edgar Wright and Quentin Tarantino...these guys are so much in love with snap zoom effect! And it's not for nothing that both of them are associated with black comedy genre, which means that snap zoom produces a comic effect. But of course it wouldn't be right to interprate it only in a comic way. Tarantino used this technique as a reference and expression of love for Japanese cinema of the 70s and 80s.

I think it is not worth it looking for much deep sence in this technique. Tarantino has included this effect into his movies so tightly that now the  snap zoom is firstly associated with the name of this particular director.

And of course the Kubrick's zoom. It appears in every movie and has this hypnotizing effect. Sometimes it scares like in "The Shining", "Full Metal Jacket" and "A Clockwork Orange". Sometimes it represents inner state of a character or just represents the place like in "Barry Lyndon".

Optical zoom gives cinematographers opportunity to add more focus on the actor/subject in the frame. This focus could be achieved only by optical zooming, because camera doesn't move - it just magnifies the image. The subject become closer and the space seems to shrink around the hero and you might recognize it if you watch the movie closely. The opposite result you'll get if you zoom out of the subject.

Coming back to Hitchcock. He is a legendary person in the history of moviemaking cause he's invented so many tricks and techniques. One of them is a vertigo effect or push-pull zoom. The key of achieving this type of zooming is in a combination of physical and optical zoom. It's simple: if you are zooming phusicaly, you need zoom out opticaly or vice versa.

By the name of the effect, the meaning that the director was trying to achieve is immediately clear, but the meaning is not limited to the vertigo, since many cinematographers started to use it differently. As, for example, Steven Spielberg in the movie "Jaws". He probably uses push-pull zoom to present a sharp change in the mood of the hero. "He is shocked", - you would think.

Perhaps the most obvious feature of a lens that helps build visual storytelling is focus. Each of us has seen more than once how in the frame the focus ran from one character to another or from subject to subject.  Focus is the most obvious cause visualy it's one of the most remarkable techniques. It brutally, without any chances for viewer to interpret, dictates where and what to look at. But sometimes is's should be dictated to the viewer. The need for a live focus change cannot be overestimated, because there is a specially designated profession in the moviemaking sphere - focus puller.

As a result, I hope this article was able to collect in your head a picture of how exactly the choice of lens and its use affects the visual style of the film and proved the fact that lenses are an artists instruments. And this is just the beginning... From now on we start a series of articles on Filmustage, where we will try to look not completely dumb when talking about beautiful cinematoghraphy of various artists and instruments they use to bring a magic on the screen.

Subscribe. Do not be ill. Wear a mask. Cheers and see ya! 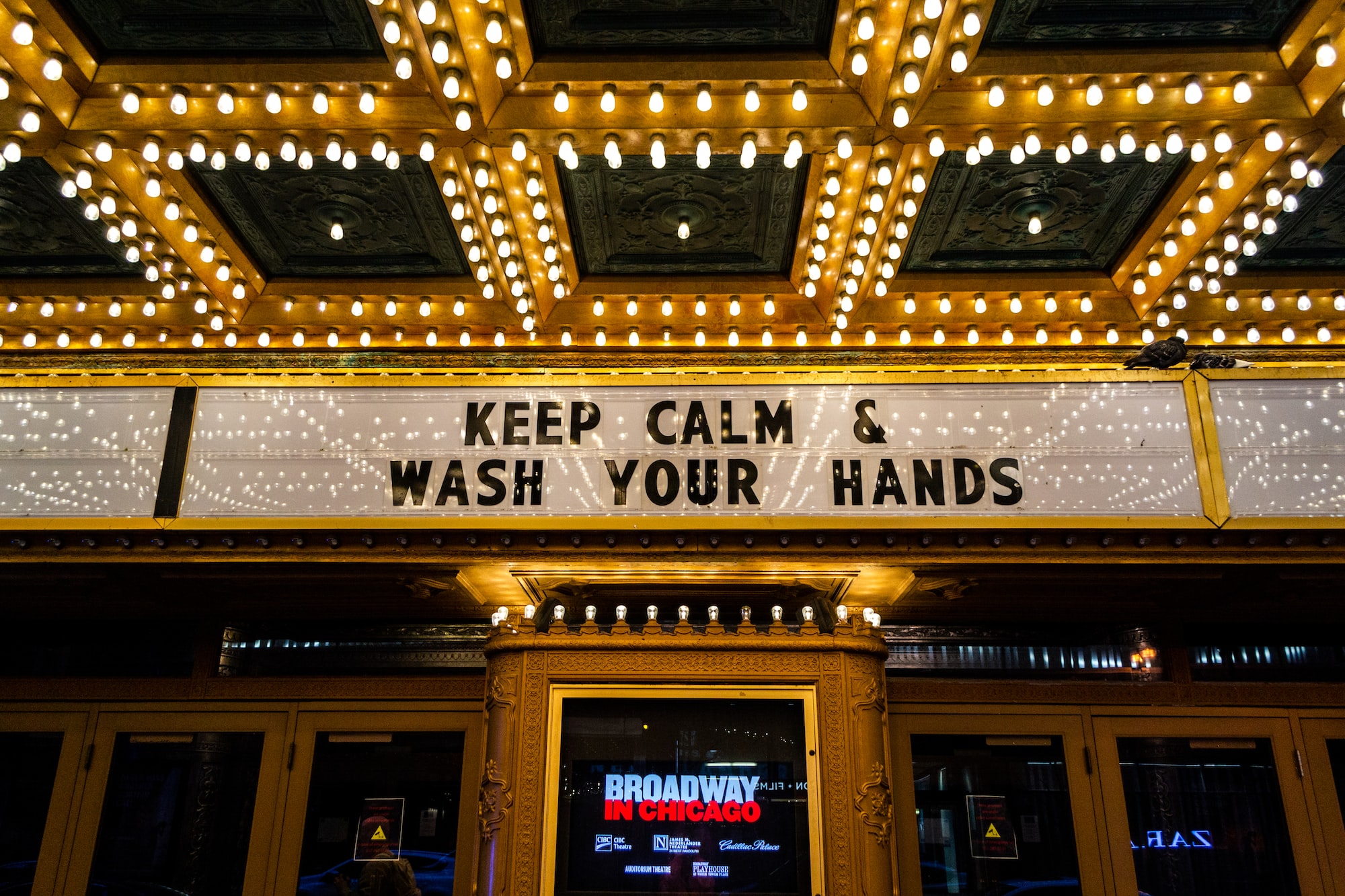 Covid 19 has radicly changed the lives of almost everyone. We were locked at home, coffee shops and parks closed, mask mode, and instead of filling cinemas, we were filling only hospitals. The predictions were the worst, but the movie showed its immortal nature. 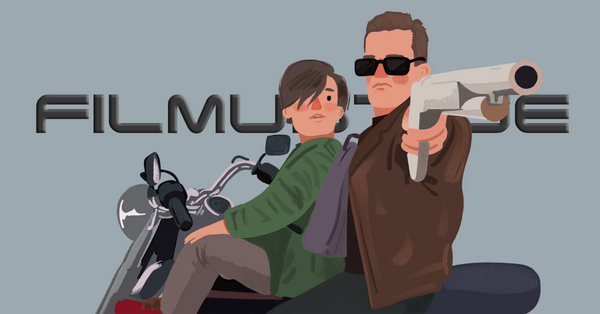 So much has happened in the past 31 days, it feels as if one month was an entire year. Just to prove we're alive and working full-time to bring you the best possible experience, here's the list of upcoming features...