Cinema, like all art, is highly romanticised. Much of this image is built around the director as the sole creator and artist of the film. That is why many video essays and simple conversations tend to focus only on big names. And don't get us wrong, this is totally justified: there are a large number of talented directors in the industry, which of course deserves attention. However, the harsh truth of filmmaking is also that there are many of the same geniuses behind the director, without whom we would never see the films we love. So today we will dedicate this blog to the man of the profession whose gaze we look at cinema, namely the cameraman. Immanuel Lubezki is one of the foremost cameramen of modern cinema. He has worked with Alfonso Cuarón, Alejandro González Iñárritu, Joel and Ethan Cohen, Terrence Malick, thus becoming a modern classic.

A love of cinema

Immanuel grew up in a creative family, where his mother worked as a film producer and promoted the work of up-and-coming directors. So from a very young age, Lubetzki was hooked on film and immediately fell in love with it.

You could say that Lubezki has been on his way to the cinema all his life, and finally, at 18, he enrolled in a film school in Mexico, where he met his friend and collaborator Alfonso Cuarón. And it was Cuarón who inspired him when Immanuel himself had lost all interest in film and was about to give up his studies. Together they made their first short film called "Vengeance Is Mine", which we couldn't find on the internet, but it was the film that allowed Lubezki and Cuarón to pass their final exams.

So in the early 1980s, Lubezki joined Mexican television, where he worked for nearly 10 years as an assistant to the director of photography. During this long period he managed to prove his love and diligence for his job, for which he received more and more freedom and responsibility. As well as holding the position of director of photography on commercials and documentaries, he also began directing some television series.

Having established himself thoroughly in the industry, he decided to move on and in 1993 he moved to America...

The cost of fame is twenty bucks

After moving to America, Lubezki immediately makes a  film called "Twenty Bucks". The cinematographer's ingenuity can already be seen in it, as the entire film is shot from the perspective of a twenty-dollar note floating from hand to hand.

The film is based on a very unusual (for its time) concept but the shots and the movement of the banknote are extremely effective and interesting. Therefore, Lubezki's work in this film could not fail to be noticed. So he was spotted by an old friend, Alfonso Cuarón, and invited to work on the set of  "A Little Princess", which won him both an Oscar nomination.

So Immanuel Lubetzki's career in Hollywood began swiftly. In five years he shot nine films, and not only worked with Alfonso Cuarón, but also with Tim Burton on "Sleepy Hollow", for which Lubezki was nominated for a second Oscar.

In this part of our blog, we look at why Immanuel Lubezki is one of the foremost cinematographers of our time and what his incredible style consists of.

"Children of Men" is Lubecki's most famous work and it is a perfect example of what "naturalistic camera" means. The method of photography that Lubezki chose is called handheld or documentary filming. A handheld camera allows you to achieve the natural shake of an image, which we as viewers read as a co-presence effect in the film. It is not for nothing that the term "documentary" is used to describe this artistic technique: the filmmaker thus makes us believe that what is happening is real, because we as the audience are fully immersed in the film. And Lubezki's camera in this case becomes the perfect guide and full-fledged character of the film, i.e. it reflects the human perspective: it moves with the characters, moves from shelter to shelter and even takes cover from bullets.

Another important aspect is that Lubezki spares no expense for the equipment and contributes in every way possible to make the film's environment directly affect the image. There's blood on screen as in "Children of Men", for example, or or condensation from Leonardo Dicaprio's character's breath as in "The Revenant". All this creates an incredible level of immersion!

However, the naturalistic picture that Lubezki creates would not be so expressive were it not for another characteristic of his work...

With each successive film Lubezki has shot longer and longer sequences, culminating in "Birdman or (The Unexpected Virtue of Ignorance)", where the longest shot is 15 minutes long. Of course, in his first Hollywood films, such as "Great Expectation", one can see the cameraman experimenting with long shots, but at the time Lubezki did not have the weight and authority in the American film industry to take such risks. And the fact is that long shots require long and costly preparation, rehearsing every step and movement, so it is still a challenge and a risk for every cameraman.

Long shots not only immerse the viewer into the film, but can also create a unique emotional control on the screen because there is literally nothing separating the viewer from the film and its characters. We are not approaching a character through montage, we are approaching them directly. Lubezki violates the personal space of the characters to evoke emotion and empathy. And the long shots contribute to making us believe what's happening on screen.

The question of lighting in Lubezki's films has always preoccupied us because it's very difficult to construct a pattern when the camera is constantly moving and the entire composition is based on movement. In this matter, Lubezki himself never intended to shoot with an artificial light source. Lubezki spends a lot of time not only rehearsing long shots with his handheld camera but also scheduling his shots to find the right time of day and the right weather for the right light. The film "Birdman or (The Unexpected Virtue of Ignorance)" shows that it is filmed in natural New York City street lighting and only a diffuser is used.

This reveals his desire to use minimalist light. Lubezki prefers a minimal amount of artificial light to natural light. However, when Lubezki does have to use artificial light, he does so in a highly unconventional way, because he has to come up with designs that move with the camera and stay out of frame. At times he had to cut out the illuminator in post-production.

During his years in the industry, Lubezki has established himself as an inventive operator who will not stop at any challenge. So he has always looked for a way out in engineering tricks and has costly, entertaining devices to shoot his films.

This is one of Lubezki's famous long shots, and this is what they engineered for it:

In order to build such a car, a significant portion of the film's budget was spent.

In another Alfonso Cuarón film, "Gravity", Immanuel Lubezki assembled a huge cube inside which projections of space were made, and where breathtaking images of the open space were shot.

In terms of equipment, Lubezki has never been opposed to the digital revolution in cinema. However, up to this point he had a preference for 35mm film cameras. As soon as it became possible to switch to digital cameras, Lubezki went for it. For him, the digital camera is of the greatest cinematographic interest because it gives him the clearest possible picture. Here's what Lubezki says about it: "The thing that I don't like about film, and never liked, is grain. Some people call it texture, but for me, when you start seeing grain the movie becomes a representation. It's almost like putting a veil between you and the subject".

His philosophy behind the use of digital cameras is that they allow the world to be shown as close to reality as possible, i.e. naturally. To do this, Lubezki uses lenses from 14 and up to 18 mm. If you want to know how lenses are used as an artist's tool, read our blog about it - "Lenses as an artists instrument".

The cameraman is one of the most important professions in the film industry. Perhaps the most important. Immanuel Lubetzki represents not just a combat unit of the industry, but also an author, an artist who knows how to really make movies. His films and his filming techniques are mesmerising in their natural beauty and atmosphere. In his movies, the camera is really the brush with which he paints his pictures. For us, his figure represents inspiration and a desire to bring something new to each new film. We sincerely hope that you will fall in love with the cinema that Lubezki has made.

Have a great day and hope to see ya on the pages of the Filmustage blog next week! 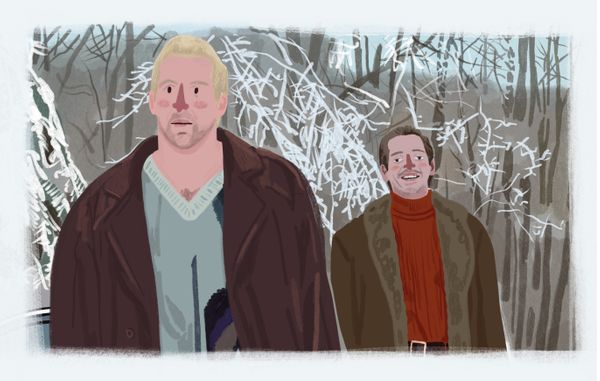 The Coen brothers are chameleons of the cinematic world, who has worked on diverse genres of movies. Nevertheless, they have a unique directorial style, part of which is the absurd stories and situations. 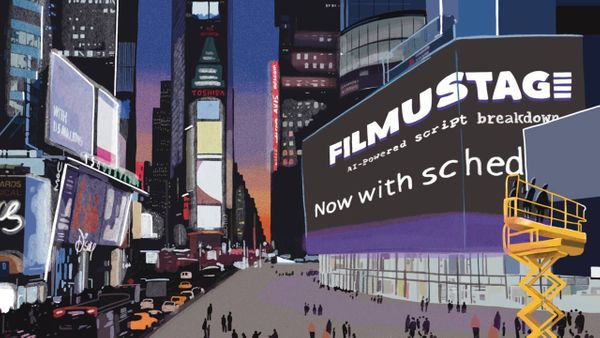 We are happy to present the beta-testing of the new Filmustage functionality!