It is no mystery that the goal of any film is to make the viewer believe in the fictional world on the screen. Of course, this is not true of documentary films, but believe us, there are genres of documentaries that blur the line between fiction and reality. But we'll talk about that some other time. The fact is that we don't even think about the path that each film takes during production. Sometimes, and often nowadays, the picture on the screen is very different from the set. Fewer and fewer major films are shot on location, and this has long been a trend: green screen and visual effects have been horror industry standards for a long time. However, the end of 2021 was very remarkable, because "The Matrix 4: Resurrections" was released, which led us to some thoughts about a possible new path of filmmaking. So how will we make movies in 2022?

To make our breakdown more substantive, we want to contrast two different phenomena of the 2021 film industry: how "The Matrix" again dictates future trends for the industry and "The French Dispatch", as a product of a decorative and more conservative approach. We understand that you might find such a comparison weird, but you can easily find similarities if you look at the reviews from critics. However, we are not here to speculate about the content, we are interested in the production process and that's all. Both films were released in 2021 and reflect two radical currents in filmmaking, which will help us answer the question of this blog.

So what's the deal with "The Matrix"?

"The Matrix" franchise has once again indicated to us all what movie making will be like in the future. "The Matrix" seems to have become synonymous with the technological revolution. It's the incredible slo-mo technology, with the 360-degree camera movement. And bullet time! It certainly changed the movies forever, but now we're seeing things a little differently. "Matrix 4" isn't just a sequel to an iconic franchise - it's a product that's trying to sell us all new CGI and VFX technology. That's why we're so interested not in the movie itself, but in what's behind it: shortly after the premiere, Epic Games released a free demo of the game based on the original Matrix. This release is essentially meant to promote a new version of the Unreal Engine 5 game engine, but its integration into one of Warner Bros's premier franchises makes you wonder, doesn't it?

The capabilities of Unreal Engine 5 has impressed not only gamers, but also, indeed, filmmakers. Mainly it is a breakthrough in computer graphics, which shows the new possibilities of CGI. However, it is worth noting that Warner Bros. was not the first to use the technology of game engines. The industry seems to be on the verge of moving away from the green screen to something more technologically advanced: namely Virtual sets.

One of the biggest productions that first used virtual sets was "The Mandalorian" for Disney+. So what is virtual set and why will it become an industry standard? Well, it's actually simpler than you might think: virtual sets are a set of LED screens that project an image. Namely, these are effects that are projected directly during the filming so the director immediately sees the near-final image. Just compare the footage from the filming of "The Mandalorian" and "Avengers: Endgame". The difference is colossal.

Of course, we've seen something similar before, like the chase scene from "Dr. No". There was a screen on which the image of the moving road was projected  behind the actor and the set.

However, the shots from the past look obviously artificial to us. It is difficult for the modern viewer to believe that the car is really moving. These days, of course, technology has advanced a lot and these are not just projections, but pre-prepared 3D backgrounds. They are created on the Unreal Engine and are rendered in real time during filming. You can see how the image changes along with the movement of the camera and actors, making the connection between the set and what the viewer sees inseparable. The film crew not only performs the technical assignment, but also becomes a full participant in the creative process, so it can be a game changer in the production process.

There are several reasons why we think it's a must-have technology: first of all, it's much cheaper because studios don't have to spend huge budgets to build entire pavilions of sets mixed in with the green screens. It will probably save a lot of money on blockbusters, but it will also allow small productions to realize their bold ideas. Secondly, this is simply more convenient to work with. On the one hand, the entire crew immediately sees an image so the filmmakers could change or fix it in order to make it close to the desired one. On the other, the actors themselves are much easier to immerse themselves in the role, when they are in "authentic" environment. Thirdly, because Virtual sets consist of LED screens, they also light the set, which makes the frame more realistic and authentic.

A different kind of cinema

The fact is that Wes Anderson is no ordinary director. He substitutes his very personal and unusual films, which look like theatrical productions but on the screen. Anderson represents his own unique style and speaks a rather traditional language of cinema. So "The French Dispatch" is full of director's trademarks and can hardly be called outdated.

In fact, we have a separate blog devoted to Anderson's style, which we also encourage you to read (click here). However, we cannot fail to mention that perhaps the main characteristic of his films is production design. In Anderson's films locations are either carefully selected and prepared or they are recreated manually. We can see the same principle in "The French Dispatch": the sets, costumes and details are all carefully designed so we can see how much work the director, production artists and costume designers did on the 1960s setting. Anderson is a master of cinematic texture, which is also not surprising, because each of his pictures was shot on the film.

In order to achieve the authenticity of his films, Anderson prefers to do everything on the prepared location and only in those cases where the director's ideas go beyond the capabilities of analog cinema, he resorts to the use of the green screen.

But, nevertheless, while "The Mandalorian" and "The Matrix" speak in large-scale language, Wes Anderson stops at the details and talks about the small but still important things: family, love, friendship, childhood.

The French Dispatch is a very ironic film that teases big-budget, serious projects like "The Matrix" with its theatricality.

After all being said, there is only one question: where is the entertainment industry going? If we talked about it with skepticism earlier, now we should expect a more rapid integration of the game industry into movies. Game engines have reached such a level of detail and realism that we can soon expect that most major projects can be filmed without leaving the pavilion, using only LED screens, actors and minimal sets. For now, however, the experience of shooting "The Mandalorian" is the pinnacle of collaboration between game industry technology and film. We should hardly expect the movie to look like a remaster of the original "Matrix" on the Unreal Engine, because cinema is still conservative and requires real faces in the frame. The human brain will never perceive a film that is fully CGI as an actual "movie", because for us it will be more like animation picture.

That's probably why such directors as Wes Anderson won't stop creating his movies. Audiences have been accustomed to the tradition of cinema of watching people, sets or real locations in the frame. And we'll never get rid of that tradition. We love Wes Anderson's films because they are so man-made and detailed. We come to enjoy his radical set pieces for a break from epic battles under a layer of VFX, and the box office of his latest film proves it. Not for nothing are a number of independent film companies (A24, Summit Entertainment, Starlight Studio etc.) that support indie cinema and genre experimentation.

We don't know. Okay, just kidding. It's a complicated question that can't be answered easily. It seems to us that things will stay about the same as they were in 2021. We should definitely expect single projects that will use virtual sets (just like the new "The Book of Boba Fett" series on the Disney+), but it's still a technology that needs to be adapted. How can you perform complex acrobatic stunts when the ground is 240 degrees covered by LED panels? In addition, despite the fact that in the long run virtual sets are more profitable, they still require a huge one-time money investment, which not every studio can justify...

That's just two aspects of the many that could prevent Unreal Engine technologies from being integrated into movies. For many, the greenscreen is a pre-verified option to create visual effects, but filmmakers want to go further and develop the technology of Virtual production. And we already can see the result! One of the words' leading visual effects studio - DNEG - announced a partnership with Sky Studios, Dimencion, Creative Technology and ARRI  to promote insights and experiments in Virtual Production.

Filmustage team is so intrigued that we can't wait for the fresh news from them. Stay tuned for more cool materials! 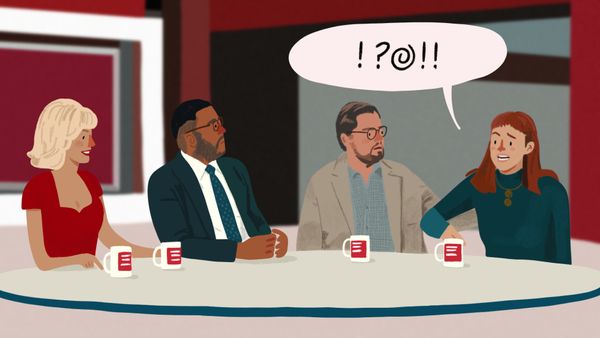 Today we broadcast about the bizarre genre of satire and break down the new film by Adam McKay. 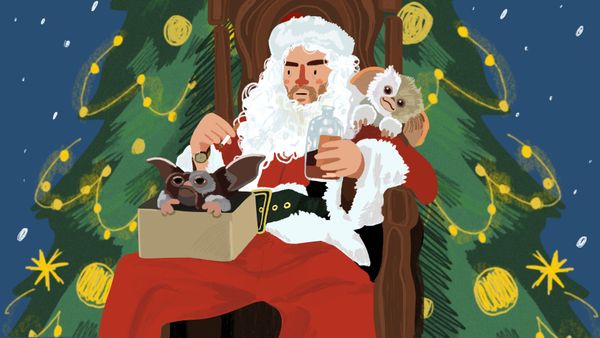 The Filmustage team has gathered a list of our favorite Christmas and New Year movies for you. Enjoy!