Up to this point, we have talked at great length about personalities, masters of the film industry. We dipped into the styles of Martin Scorsese, Darren Aranofsky, Bong Joon-ho, and many others. However, today we would like to focus on the universal techniques of the film industry with which films are made. This blog will be devoted to the list of shot sizes and how they can be applied by different filmmakers. If you're interested in this kind of more theoretical content, we invite you to read our blog about different lenses as well.

Let's start with the most important thing, what each film consists of and without which nothing can be created. Frame size is where everything starts and where everything comes to in the editing stage, because it is from the combination of frames that a comprehensible and logical narrative is born for the viewer.

Establishing shot is the opening shot of a sequence or the entire movie. This, of course, has to do with how important this type of shot is for revealing the geography, mood and atmosphere of the picture. The main element of the establishing shot is a location, not a character. One of the best examples is the Coen Brothers' film "No Country for Old Men", in which the man is present only as a voiceover, and only the wild nature of Texas is in the frame.

This is especially important to make the viewer believe in the world on the screen. However, establishing shot is often used for interludes or to show the movement of a character from one location to another. In the "Blade Runner 2049" it helps not only to keep the atmosphere of the futuristic enviroment, but to support the contuniuty of the action.

Wide Shot is characterised by a shift in emphasis towards the person in the frame. The frame encompasses both the character (or characters) and the surrounding, which implies that the wide shot is meant to reveal the relationships between the enviromet and the persons in frame.

Wide shot is also used to contrast the human being with nature - this gives the viewer empathy for the protagonist because he is alone in a large space. This isolation of the human being in the frame creates a strong dramatic effect - so the human being is the main element of each WS.

A full shot continues the tendency of focusing on the character withing the frame, but here the person appears more closely. If the protagonist is placed in the frame at full height and yet is close enough for the viewer to recognise emotion - then it is almost certainly the full shot.

The goal of a full shot is to capture emotion and body language in order to reveal the character, his or her mannerisms and behavioural traits.

The idea is to capture the movement without losing the emotion of the character.

Medium full shot introduces the hero from the top of the head to just above knee level. This type of shot is called a cowboy shot for a reason, as it was first used in westerns. This is how cameramen captured not only the emotion on a character's face, but also showed a revolver on his belt. Quentin Tarantino refers to that cinematic era in many of his films:

A cowboy shot is used to show a dangerous man who may be hiding a gun on his belt. This composition is deep in pop culture, so when we see a medium full shot, we are subconsciously aware that surprises can be expected from the character in the shot.

Medium shot could be considered to be the most usable and universal type of shot in the inducstry. This is so because the medium shot encapsulates the ideal balance of emotion on a person's face and their body language. This is the perfect shot to capture the interaction between the two characters because it shows the most important things: the gaze, the verbal communication, and the body language in the form of hands and gestures. This is why medium shot is so often used for dialogues.

In terms of composition, the shot should look like this: from the top of the head to below the chest.

You might think, how is it different from a normal medium shot? Firstly, the composition. Here, the shot is usually limited to a line just above the chest, making for a larger scale. Cinematographers use medium close-ups to get even closer to the character and capture their reactions/emotions. Remember: the closer we are to the character, the more emotional the moment is - this is the key to understanding the difference between medium shot and medium close-up.

Close-up have to be accurately composed according to the rule of thirds, so the character eyes are placed on the level of the top horizontal line. This is how we, the viewers, recognize the gaze and "read" emotion that the actor conveys through it.

So when we talk about close-ups, the eyes come to the forefront, because we want to see what's going on in the character's soul. It's incredibly important because close-ups are used at particularly dramatic and turning moments in the film. Throught the close-up we can reach thoughts and feelings of the character.

Unlike some previous types of shot, extreme close-up does not necessarily focus on a character's face or gaze. It can be a part of the face, such as an eye, or an entirely separate subject that is, however, very important to the narrative of the film. When we see a single object in the frame, isolated from its surroundings, it means that the director wants to emphasise/underline the importance of that object. This kind of shot is called an insert shot.

However, it should also be used to portray the gaze - it's still a major focus for filmmakers.

Was our blog useful to you?

So, we've told you about all the frame size variations that are used in cinema. But that's just the tip of the iceberg, because there are so many more interesting and inventive techniques in our beloved industry that can turn a set of frames into a real story. Don't miss our next blog, where we'll continue to explore how film is made. 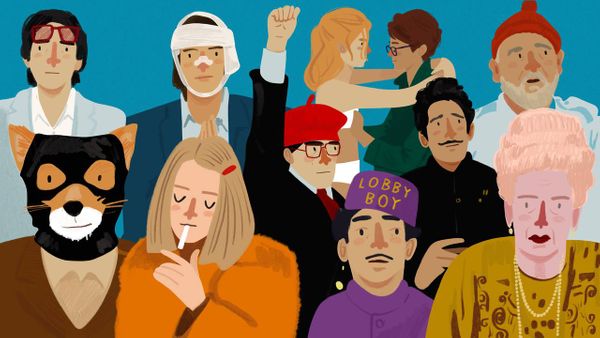 The worlds of Wes Anderson are both puppet-like and frighteningly realistic, which makes his work very interesting to watch and analyze. The director's new film, French Dispatch, is currently in cinemas, so there's no better time to immerse yourself in Wes Andreeson's particular directorial style. 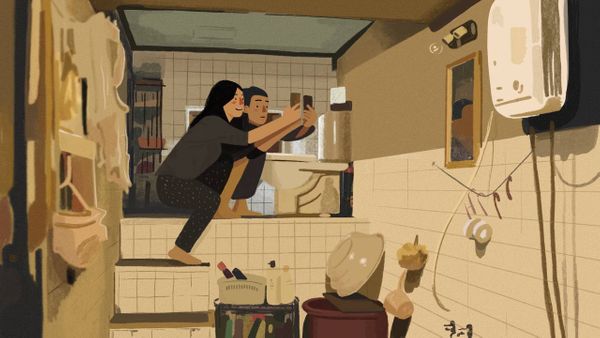 Unfortunately, the viewer doesn't always dare to look into film territory outside of Hollywood. It's the same with Korean cinema, which has produced such talented filmmakers as Pong Joon-ho.