Covid 19 has radicly changed the lives of almost everyone. We were locked at home, coffee shops and parks closed, 100% mask mode, and instead of filling cinemas, we were filling only hospitals and living rooms. Back in the spring of last year, the pandemic hit the film industry decisively. The predictions were the worst, but the cinematography showed its immortal nature. Let's talk about the impact of Covid 19 on industry and look at the 2021 "Oscar" winners who represent the soul of the art they love.

2020 could go down in history as the year that cinema began to die. At least such opinions were shared by our favorite directors such as Quentin Tarantino and Christopher Nolan. Every Nolan and Tarantino movie was born in a movie theater where they watched "2001: A Space Odyssey" by Stanley Kubrick and "Star Wars"  by George Lucas. This was an attempt to physically touch the cinema, which gave a addiction to the cinematography to many people whom we now call geniuses. Therefore, we can understand Christopher Nolan in his argues with The Warner Brothers to to delay the realese of the director's new film "Tenet" before the cinemas open.

It is no secret that the international quarantine could not but affect cinemas. So since the beginning of the pandemic, the growth of visitors fell more and more ... Exactly till the cinemas were finally closed. As a result, every month one could see the headlines that the another chain of movie theatres is ready to declare itself bankrupt. Cinema revenue accounted for about 42% of the entire entertainment industry, and you can imagine the losses of billions of dollars. For example, AMC Theaters - to save the buisness they had to fire about 600 corporate workers.

Another site of the coin might seem not that pessimistic, cause some unusual but needed professions appeared out there during the pandemic. One of these professions is a covid inspector. Nowdays almost every production is looking for a person who would ensure epidemiological safety: 2m social distancing, measure the temperature and treat hands with a sanitizer. These individuals are required to complete a training course as well as coordination experience.

Although the conditions of the pandemic physically separate the film crew, the cinema seemed to demand even greater team spirit and organization!

Surely all those who more or less follow the film industry have heard of the incredible boom in the field of streaming content. Of course, Netflix broke different records even before the pandemic, but the difficult 2020 has dramatically changed the priorities of many studios. Therefore, one by one, they rushed to release their own services, where films and series will be distributed. So Warner Bros. got HBO Max, and Disney got Disney+. I do think it is one of the changes that we could consider as a positive: the more competition, the more need in gaining quality content.

I love cinema to death, but it has been since 2020 that I have noticed that I simply cannot keep up with the industry - the number of "worth-watch" releases is mind-blowing. Netflix produced indie American cinematography in the face of  neo-noir "Uncut Gems" by Joshua and Benjamin Safdie, and provocative "El hoyo" by Galder Gaztelu-Urrutia. HBO max has finally loaded up really stylish "Watchmen" series, Amazon Prime had "The Boys" and the Disney+ had "The Mandalorian". Those are only popular titles, but there are many  significant movies and series to be considered. And more than 200 million subscribers on Netflix confirm this.

So the pandemic has redefined filmmaking towards  anywhere access and home comfort. For a long time, festivals ignored the existence of streaming services and what they released. This is because one of the conditions for participation in the competition for any film award was the statement that films must be released in movie theatres. Therefore neither "Uncut Gems", neither "Annihilation" or  "The Devil All the Time"  didn't get any nominathion. But while the awards bypassed them, the masters of cinema increasingly turned to cooperation with online services. Back to 2017 when David Fincher produced one of the best modern detective series on Netflix - "Mindhunter". Since then we could see more and more familiar names such as Martin Scorsese, Alfonso Cuarón, Damien Chazelle, Spike Lee and so on.

The art background on streamings became massive and with the conditions of the pandemic academics decided to expand the rules of the game. The "Oscar" and "Golden Globes" have changed their selection criteria for graduation in 2020/2021: films produced only by digital means will be able to get a "real theatrical release" and thus qualify for awards.

I don't wanna actually say that COVID-19 have had a positive effect - there were tons of great digital releases before a pandemic era. I would say international isolation made us rethink the criteria we consider different movies good or bad. For many people the "Oscar"  determines the opinion of the film, that's why the fact that old ceremony accepts digital releases is interesting.

With these changes in mind, let's break down the latest "Oscar". This is the most unusual "Oscar" in my memory: firstly, because it was orginized on the several places simultaneously! Traditionally the ceremony is held in the Dolby theatre in Hollywood, but this time the event was  not attached to one place. Moreover, this is the first time red carpets were laid out not in front of the Dolby theater. In 2021 central railway station Union Station hosted the "Oscar".

One of the mysteries was the decision to hire Steven Soderberg as the director of the ceremony. The truth is that new "Oscar" was trying to gather cinematographers worldwide. The winners went up to the stage in small groups (they passed the COVID test 3 times to be able to went up on the stage), other guests performed by videocalls   from London (British Film Institute building), Seoul, Paris (studio of the TV company Canal +), Stockholm ... This is a spirit of unity, to be honest, I even got goosebumps once. I think this time the ceremony should be remembered in history, cause it conveyed the boundlessness of art. And despite the hard times, cinema continues to live and unite us. And the unity is also depicted by the diversity of races and genders. The long-standing minority struggles for visible representation in cinema have finally surfaced in the incredible diversity of the 2021 "Oscar".

The magic, thus, is possible only by means of good production. The pandemic has challenged the desire of Soderbergs team to organize the ceremony in real life. But their efforts paid off in full. I barely can remember such an immersive "Oscar". The cinematography of the "Oscar" is notable because of hand-held camera, its a human behind it. So this subjective look is felt as if I was there. And many many unpredictible camera angles didn't make me bored.

So the event was cool, but what about the winners?

In fact, everything went without surprises. "Nomadland" won the award for "Best picture" and Chloé Zhao won the award for "Best director" . Unfortunately academics once again forgot about David Fincher, who shot the incomparable "Mank", which was nominated for 10 awards. Nevertheless that was a tough fight - Chloé Zhao and her team did a great job and produced a very humane and beautiful picture.

100% worth-watching! Look at those landskapes! Cinematographer Joshua James Richards managed to capture the world as a main character - fantastic! He deserved "Academy Award for Best Cinematography". This is the field where "Mank" did get ahead of "Nomadland".

As you know, this is a long-term film, the director has been working on it since 1992. Therefore, each shot is a carefully calibrated masterpiece. To be honest, I never thought David Fincher was capable of such a thing, but this is clearly the best film of his career so far (subjective opinion alert). What a shame that the main awards bypassed him.

Frances McDormand and Anthony Hopkins got awards for the best actress\actor performance, which is absolutely fair. By the way "The Father" by Florian Zeller quite unexpectedly turned out to be an excellent thriller, where Anthony Hopkins got a very difficult role. So if you are a fan of suspense, you should definitely watch this movie.

And about some movies I didn't watch so far:
1. "Judas and the Black Messiah"  by Shaka Kingwon "Best supporting actor" (Daniel Kaluuya) and "Best original song"

Is Covid-19 defeated by cinematography?

The answer is simple: until we continue watching movies -yes! The pandemic has definitely stress-tested the industry, but as the nature of cinema the image is still moving towads to something we don't know. Actually I offer you to sit with me and observe what will happen in the future, cause we  are just in the middle of core changes and renovating in the movie-making.

But if you are not able to wait for the changes, then you can use our Filmustage platform - automatic script breakdown, which is specially made for convenient work during the pandemic to optimize the scheduling and pre-producrion procces.

Till then don't forget about social distancing and wearing mask. Don't be ill. Subscribe and see ya!

The name Nicholas Winding Refn is one of the most recognizable names in the industry of moviemaking. Making rather simple stories he has made himself as one of the masters of visual storytelling. 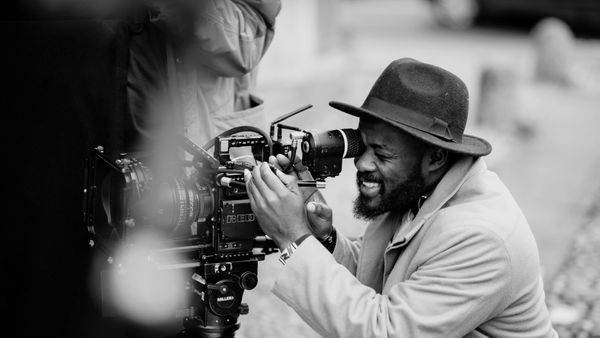 Have you ever wondered how important the choice of a particular lens is? I bet it is rare. But the truth is, the lens sits between reality and the artist's eye, making movie magic possible.