Hello friends. Without further ado, today we continue our series of informative blogs where we tell you about how movie is shot. If shot size and camera movement determine what we see in the frame, then perspective is how we see the object or subject in the frame. That's why it's so important to understand the means by which filmmakers achieve unique and expressive shots. So make some tea and join us as we explore the basic angles that are used in film.

Starting with what we're all used to, eye level shots are the most common camera angles and they show the film's reality as it is without manipulating the viewer with unusual perspectives.

The eye level shot does not judge a character or make him or her particularly expressive. We can't understand and interpret his position in the film in the same way that the camera angles allow us to. For that we are involved in his speech and his behaviour on screen, which justifies the name eye level shot: because we see the character as we would see him in reality.

This is a variation on the direct perspective that is most often used in dialogue scenes. Therefore, the shoulder level is often turned into an over the shoulder shots which, without any great expression, could show us two different characters.

A shot could be called a low angle when the camera is positioned well below the person's eye level. The camera is literally looking from bottom to top.

Low angle is a very common technique that is usually used to illustrate a character who is stronger and possibly more powerful. This is ideal for illustrating positive heroes as well as villains. The main point here is that the viewer sees the person or object from a lower point, which subconsciously elevates the object in the frame above us.

It's also important to note that there are no limits to this technique: you can experiment with both low angles and extreme ones, it all depends on your creative idea.

If there is a lower angle, there has to be a higher one, right? A high angle shot is positioned above the person's eye level, so the camera is pointing downwards.

The high angle reduces the person or object, it seems to nail them to the ground and shows their depression and insignificance (both moral and physical). The viewer subconsciously understands that the character is in a position of weakness at the moment of the upper foreshortening.

However, another great use of the high shot is in the opening scenes and opening shots, where the camera is able to capture the scene from a bird's-eye view.

In the case of the previous two techniques, the camera is always in front of the protagonist, but what if we position it over the protagonist. Such is the overhead shot which shoots strictly from the top. This kind of extreme, hight angle is also known as "God's eye".

With the overhead shot you can capture intricate scenes that contain a lot of detail that just can't be shown from a normal straight angle.

Dutch angle has nothing to do with positioning the camera up or down; it's not the main function. The main thing is that the dutch angle deliberately breaks the horizontal axis by dropping the horizon. It's a sign to the viewer that something out of the norm is going on.

Dutch angle is perfectly combined with high & low angle shots to take us out of balance and "normality".

Hip level is most often combined with the cowboy shot which we talked about in our blog about shot sizes. Both of these techniques are essential attributes of the western genre, but the hip level is not limited to one western.

The hip level is focused on the waist and up to the knee, which is a kind of hint at the fact that there should be a gun in this shot.

It is clear from the name of the shot that this foreshortening is placed at the knee level. Knee level could be seen as a more digitalized way of showing the main character's features or details that are not revealed in the accompanying shots.

The ground level shot captures what is in the frame at ground level, that is, the feet, or maybe the character lying on the ground. Just like with the knee level, this can also be used to detail the movie, for example, if the shoes of a character are interesting for the storyline or to show the character's personality.

Shooting from ground level allows you to walk a character through a scene without revealing his face or identity, which helps build suspense and intrigue in the film.

We hope this short guide has helped you understand a very interesting and meaningful niche for cinema. Don't be afraid to experiment, because film language has such a variety of means to tell a story that every enthusiast can find themselves in it. The camera angle is the most important element of any film, and it works closely with all other cinematographic techniques. Choosing the right angle is akin to choosing what tone to use in your film. So don't forget and don't neglect this knowledge.

Hi all, today we want to acquaint you with the backstory of how the idea of an AI-based script breakdown platform was born. Our guest today is Egor Dubrovsky, co-founder and CEO of Filmustage.com who wants to share his exciting story with the reader. 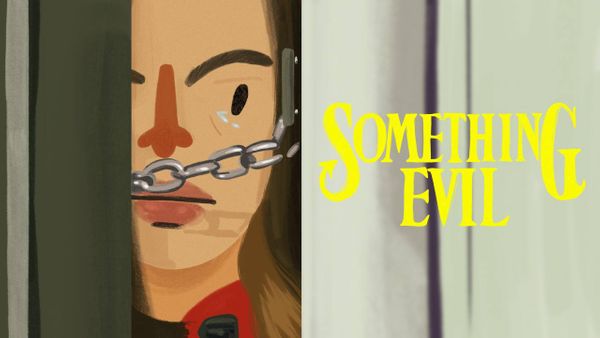 Absolutely everyone, even those far removed from cinema, can name several of Spielberg's films at once, a testament to his great legacy. So today, let's dive into the study of his authorial style and try to understand which directorial techniques make Spielberg's style recognizable.