When writing about Tim Burton, it's almost impossible not to be imbued with his cinema. This is particularly because, for many people, his work represents childhood in some way. On the other hand, his films are so appealing because of the director's unmistakable sincerity. Each film is a personal experience of Tim Burton, which is why they are so expressive and evoke sincere emotions. His style cannot be described in two sentences, but it is recognisable from the very first frame of the film. So what's so special about Tim Burton's directing style and how has he managed to find himself through the cinematography?

A huge role in Burton's formation as an author was played by classical European cinema. In particular, German expressionist cinema of the 1920s had the greatest influence on him. In general, it is interesting what a huge role this period played in the development of cinema, but at the same time its echoes are very difficult to find in modern cinematography. When you see examples of Burton's use of the legacy of Expressionist cinema, you realise that these expressive means are too aggressive for the viewer. They're more intimidating. That's why Burton uses this style to create his quirky characters and grotesque worlds.

It is clear to the untrained eye that there are similarities. It's certainly not copying an old classic. Tim Burton uses it as a source of inspiration for his films: the strange perspective and composition of his shots is proof of that. And this trait of the director is particularly evident in his work with animation.

Of course, Tim Burton, like many directors, tells stories not only through characters, but also through visuals. However, Burton would not be himself if his style and techniques were not so unique and recognisable.

Above all, his visual style is characterised by his colour dramaturgy, which is particularly evident in the film "Edward Scissorhands". In the very first seconds, the viewer is introduced to the world of the film - and it comes across as colourful and carefree: the yellow, orange and green houses symbolise the happy lives of everyday people. We realise that this world is a puppet world, a fake one, with people pretending to be happy in it. This becomes especially clear when, after an exposition of the brightly coloured town, we are shown the dark castle where Edward himself lives. He lives only in dark colours, which already hints at the conflict, where Edward will be superfluous among the bright and fake people.

In general, one of the main characteristics of Burton's visual style is the grotesque. Burton places bright colors in fantastical and spooky worlds, where they take on a grotesque and unique style of their own. For example, Burton adapted "Alice in Wonderland" and "Charlie and the Chocolate Factory", which may be described as dystopian, but they have vibrant, saturated colours.

Burton also has examples of the opposite, such as his black and white cartoon "Frankenweenie", in which the director works only with two colors, as well as light and shadow. In Frankenweenie the grotesque is created not only by light and color, but also by new techniques that are only available in animation. The bizarre geometry and the uncannily drawn people are all part and parcel of Tim Burton's animation. In general, it seems that animation is a perfect sphere for Burton, because there the director can realize all his fantasies.

Time after time, Tim Burton tells the stories of strange people, those who see the world differently. In other words, his characters are the outsiders through whom the story is told. Tim Burton himself states that he creates people with whom he would be interested to meet - and this best characterizes him as a filmmaker.  Through outsiders, the director is not afraid to tackle such important topics as death.

The role of these outsiders is often played by children, whom Burton shows to be intelligent and out-of-the-box thinkers. The director sympathizes with them in that they are confined to social norms and laws and cannot dream or create. This was the case with the main character Victor Frankenstein in "Frankenweenie". So it was with Charlie in "Charlie and the Chocolate Factory". Everything feels and looks very personal, as if Tim Burton himself had been a dreamer with a rich imagination as a child.

Don't froget to subscribe. Take care of yourself and see ya next week! 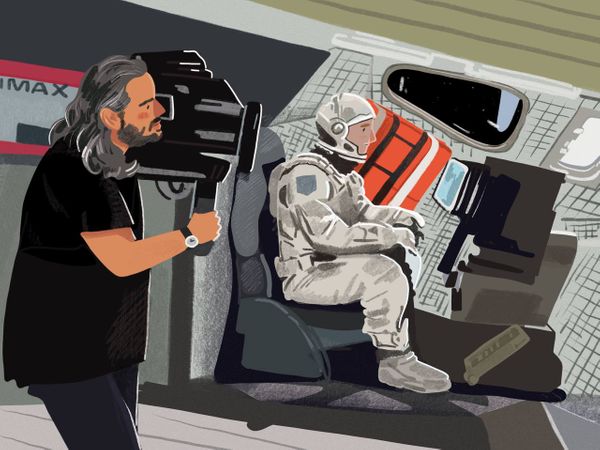 today we continue to tell you about some of the most influential and best cameramen in cinema, including the Dutch-Swedish cinematographer Hoyte Van Hoytema. He has worked alongside Christopher Nolan, Sam Mendes, Spike Jonze, David O. Russell and has created of some the best shots in film history. 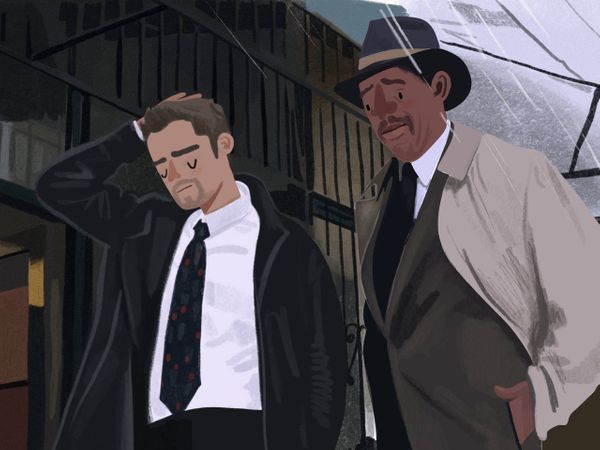 Let's understand the features of the directorial style of the author of "Seven", "Fight Club", "The Curious Case of Benjamin Button", "Social Network", "Alien 3" and etc.