Today we will take a break from analyzing the elements of cinema. This blog is a list of 10 films that have revealed the names of the now-known directors to the world. This is not a rating: every movie on our list is equally worthy of your attention. We were not attached to genres, time, trends - this is our subjective selection of the best directorial debuts. Here we go.

In 1959, François Truffaut radically changed the development of cinematography. He filmed "The 400 Blows".  Especially in the context of the French cinema of those years, "The 400 Blows" were very innovative. However, even now it looks really fresh. François Truffaut also performed as a cinematographer in his film: he went out to shoot on the streets, making the surrounding and ordinary citizens as a part of the story, so the picture is very natural and free. In this way, freedom - is the spirit of this movie and it started the revolutionary "French new wave".  Handheld camera, lack of scenery, young actors and naturalistic shots are the hallmarks of this movement.

The film tells the difficult story of the boy Antoine Duanel. Problems at school, misunderstanding on the part of parents, and in general, detachment from society. All this is in a documentary-artistic wrapper.

Another representative of the "French new wave". What is there to talk about when the script for the film was written by Godard's close friend François Truffaut. Godard also took the camera in his hands and shot this masterpiece on the real streets: he used the same expression means as in "The 400 Blows". However, Godard succeeded in the field of editing: he invented jump-cuts and was known for breaking all the canons of movie editing. Moreover, it's just a wonderful story inside catchy visuals.

Godard's method is to give the actors as much freedom as possible, that is why young actors were able to fully reveal themselves. So the soul of inspiration and a fresh view - are the aspects of this movie. As a viewer, you can literally feel how enthusiastic the director is cause Godard was realizing he is creating a revolution.

Truffaut and Godard - only two names of young French directors who have challenged the moviemaking industry, that's why I highly recommend watching the video above.

The Coen brothers' debut tells us a lot about their style: voice-over, money as a bone of contention, an absurd chain of violence and misanthropy for the characters. Echoes of all this will pass through all the iconic films of the directors: "Fargo", "The Big Lebowski", "No Country For Old Men", "Burn After Reading", "A Serious Man" and so on.

In addition, "Blood Simple" is ingeniously filmed and directed: a huge number of interesting plans that play a huge role in the narrative, because the visual style of the Coen brothers has never skimped on meanings.

Personally, I recommend you to dig into the filmography of the Coen Brothers, cause they are not only one of the best in directing, but also genius writers. It is very captivating to observe how they manipulate the characters and put them in the absurd surrounding.

There was no way not to mention Tarantino... This debut is definitely worth the hype and deserves to be on this list.

All the cinematography lies in what the director's shots are filled with. And I'm talking about all the well-known Tarantino characters: about the crazy, funny and interesting people who inhabit his criminal plots. For me, Tarantino is a genius director, first of all, because of his work with the script and the actors. Some incredible freedom is felt in the frame, it does not need any angles, plans, or movement, because they are saturated with the characters. The director gives the actors the opportunity to occupy not only the viewer's attention, but also the shot itself.

Tarantino presents an ordinary criminal plot in a completely non-trivial and, most importantly, in his unique language, which, coupled with the charisma of my beloved Steve Buscemi and others. It leaves me no choice to advise everyone to watch/revise this movie. You will not regret it.

Sam Mendes has handled an incredible debut. This film is one of the most touching creations I've ever seen. This is a philosophical drama about a midlife crisis that narrates the story of an office worker who is just tired of routine life, tired of playing the role of a happy family man. On all levels, it is a criticism of an American Dream, which gives you only the package of happiness - not the filling.

Visually "American Beauty" reminded me of the "Blue Velvet"(1986) by David Lynch. Both of these movies put colorful, visible surroundings in contrast to the mental states of the protagonist saying: "everything is a lie, an illusion". Despite that fact, Conrad L. Hall, the cinematographer of "American Beauty",  shot a masterpiece. It is just so calm and poetically beautiful.

An absolutely unexpected thriller from a famous comedian surprises with its courage. Jordan Peele in some way challenged the genre cause he combined dark comedy with the triller. And while watching you would feel when one genre changes to another. And I would say it is an interesting phenomena.

Indeed the most of the film is the thrilling part - which is really good. Color grading and the cinematography is rather minimalistic and with the mystery of the plot itself, there appears suspense. All this makes watching this movie not easy: expect a strong social message and many thrilling shots. As a result, we get a new face of a horror movie: smart script + non-cliche method (no screamers).

Well, Guy Ritchie is a rock star within this list because this film has that grungy, underground vibe. Yellow color grading, grain and ragged cuts continue the tradition of English crime films. The reference in the face of "Trainspotting" by Danny Boyle is absolutely obvious here.

But Rithcie revealed his talent to work with the narrative: he splits the plot into many paths which are connected in an interesting way in the finale. And all that is under the sauce of underground rock in the face of "The Stooges".

How raw this song sounds, so much harsh the editing style of the "Lock, Stock and Two Smoking Barrels". Overall, it is an awesome entertaining movie which will end very quickly and leave you feeling "I want more" - and fortunately, the filmography of Guy Ritchie is full of such stuff.

So, this is that type of film that more of us will find touching, becauseit is full of misunderstanding between young mind and the others.Greta Gerwing definitely tell the story that is really personal (at least itfeels this way).

In many ways it is made very simple, but you may find the beauty in the perfect production: wide shots and visual accents make the storytelling stand out. But it would be hard to pay attention to the overall picture cause the main element is the story and its characters. Bright actors' performances illustrate all the conflict in an ideal way. Saoirse Ronan, Laurie Metcalf, Tracy Letts presented very expressive acting. From that perspective, Greta Gerwing showed herself namely as a talented director and scriptwriter. Combining with pastel colours and clever cinematography we get great movie to watch and a new worth-watching director.

One more movie from the A24 studio which has established itself in the production of auteur films. Honestly, I'm not really into horror movies but I watched "Hereditary" occasionally and liked it so much. Critics argue that this is not only the main horror of 2018, but possibly the entire five-year period before.

They are probably right. It's not a regular horror movie - it is a combination of many genres (as it is a trend in today's cinematography).  Ari Aster moves away from the cliché of the genre in the form of screamers - he uses suspense as the main instrument to tension the audience. The film is like a stretched string: all this is achieved by stitchless editing - so that the viewer is constantly in an atmosphere of tension and impending horror.

This movie was made by two enthusiasts Spike Jonze(the director) and Charlie Kaufman (the writer) and tells an absurd story like "The Truman Show". The main hero is a loser, a "small man", who attempts to become someone important in the eyes of society. In his search, he found a strange way to become an actor, John Malkovich, for 15 minutes. He tries to occupy the body and the mind of Malkovich to stay a famous actor forever.

Yes, it is that crazy. And yes, I highly recommend meeting this film. Personally, I like the surrealistic mise-en-scenes and absurd and that's why the message of this masterpiece becomes more and more obvious. Unforgettable characters and satire - make this film stand out.

Who am I and what am I? Is our whole life a performance? These are the questions the creators ask the viewer.

The last in our list, but least - "The Evil Dead". That was the first zombie movie I've ever watched and I can't forget how thrilled I was. Sam Raimi has started a whole new genre of slasher with this film: tons of blood and ultra-violence.

This is one of the most inventive and technically interesting films. Absolutely wild runs with a steady-cam (like in Kubrick's "Shining"), extremely littered horizons and wide angles - all this together brings unrealistic horror and is harmoniously woven into the film. Also with this particular debut, stupid teenagers trapped in a house in the woods have become a cliché. With all being said Sam Raimi directed  the film which thrills and entertains at the same time.

Now it's your turn to leave a recommendation

This list could last forever and you know it: there are so many important names and releases, but we didn't put our opinion as an absolute. Namely because there are many great movies, we tried to make the list including different vibe, ages, genres whatever. And hardly anyone can make a "correct" rating. So we hope you will share your recommendation of your favorite debut in cinematography (anything: director, actor, cinematographer, etc.) and opinion on our list.

Thank you for visiting the Filmustage blog. Watch different movies - give it a chance. Take care of yourself and see ya! 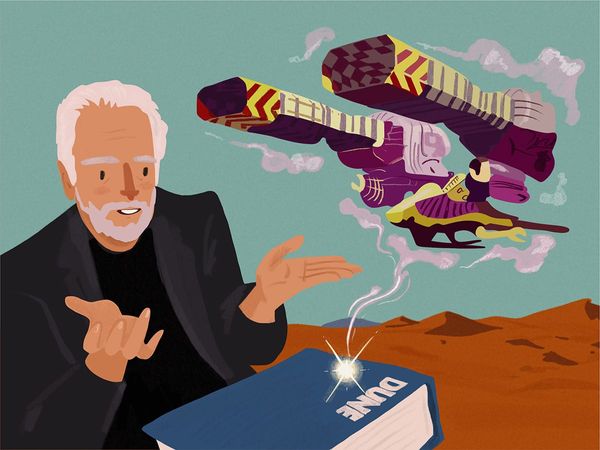 A brief history of the failure of one of the greatest unreleased motion pictures. 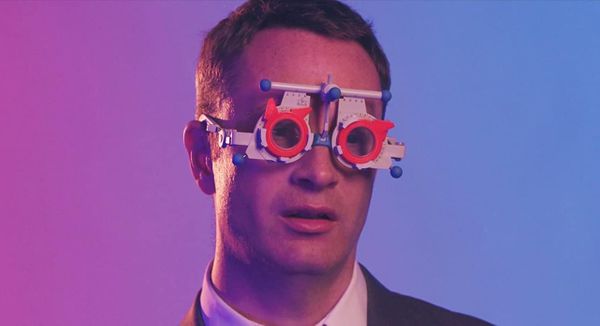 Here is the 2nd part of us discovering the filmography of the Danish master.